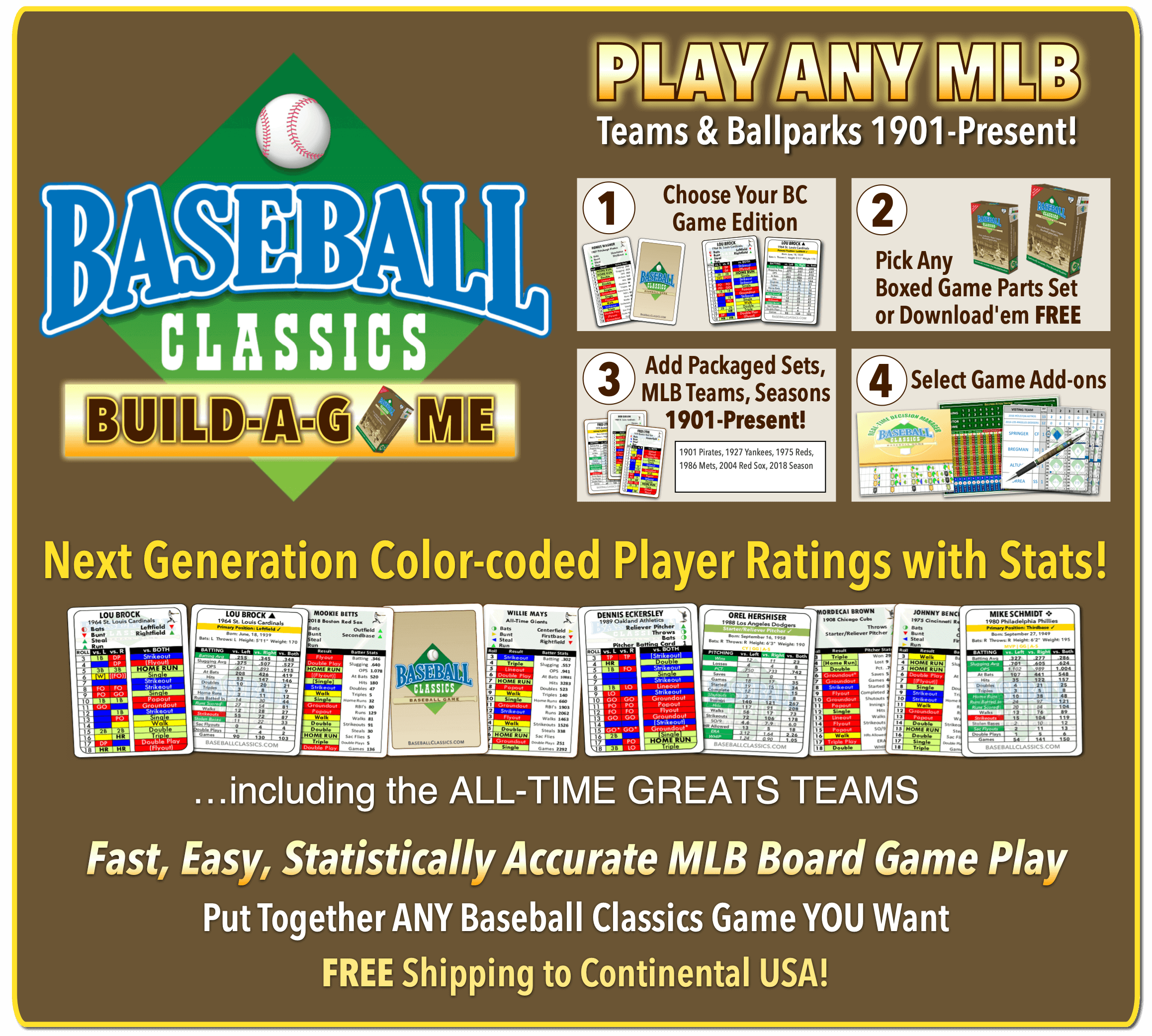 YOU GET:
*  Exact MLB Teams 1901-2019 YOU Want to Manage!
*  Next Generation Baseball Board Game Play!
*  FREE SHIPPING in Continental USA!
*  BIG savings on bundled game add-ons (up to 33% OFF!)
*  Baseball Classics Savings Coupon for your next order

2 Great Editions to Choose From!

Ideal for baseball fans ages 8 to adult. Enjoy playing our next generation baseball board game or give it as a gift!  We've shipped over 1 million Baseball Classics player cards worldwide, ready to ship yours too. 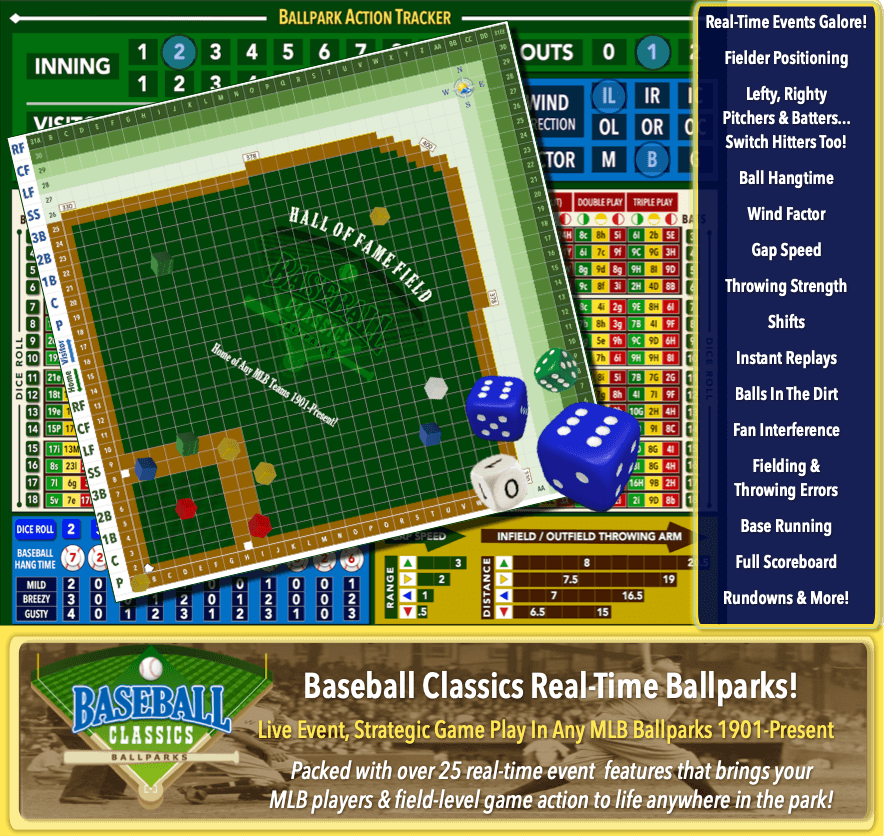 80 Real-Time MLB Ballparks since 1901 account for every nook & cranny with a carefully crafted design based on actual dimensions. Our next gen Ballpark Action Tracker gives you real-time events such as wind conditions, ball hang time, and more!

Real-Time Ballparks Game Set has everything you need to play with 1 chart included; our fictitious Hall of Fame Field! 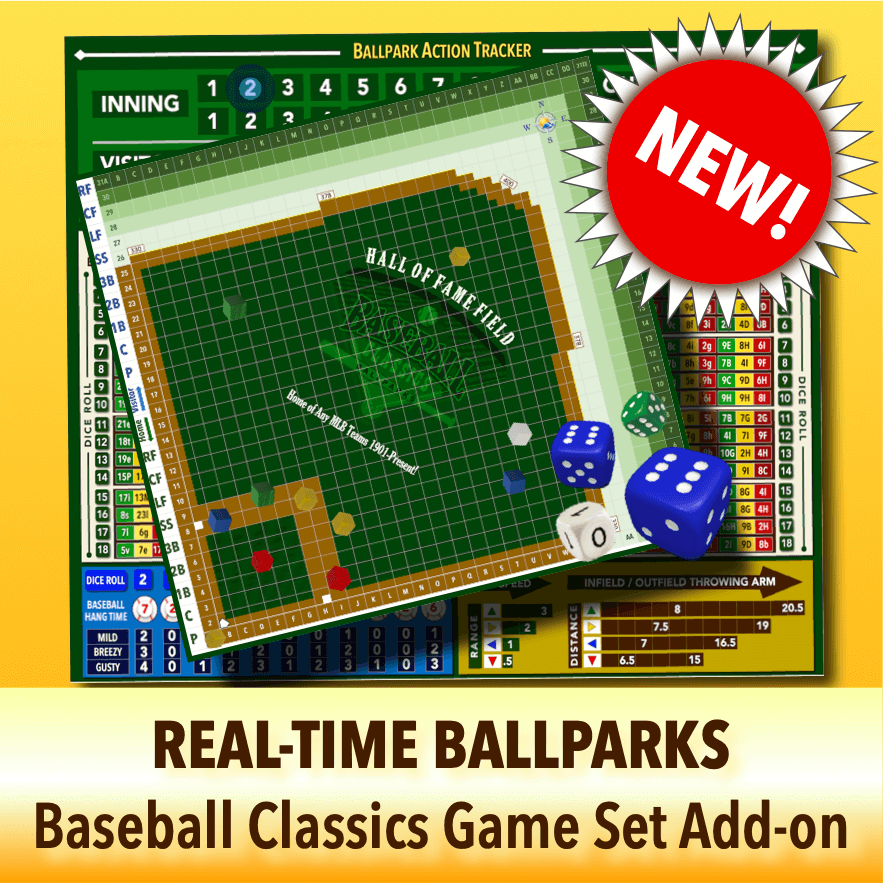 A “perfect game” add-on to your Baseball Classics game adding dynamic, real-time events on the field from the first to the final out anytime the ball is put into play! Comes with all the game pieces to play including our “Hall of Fame Field” starter ballpark! 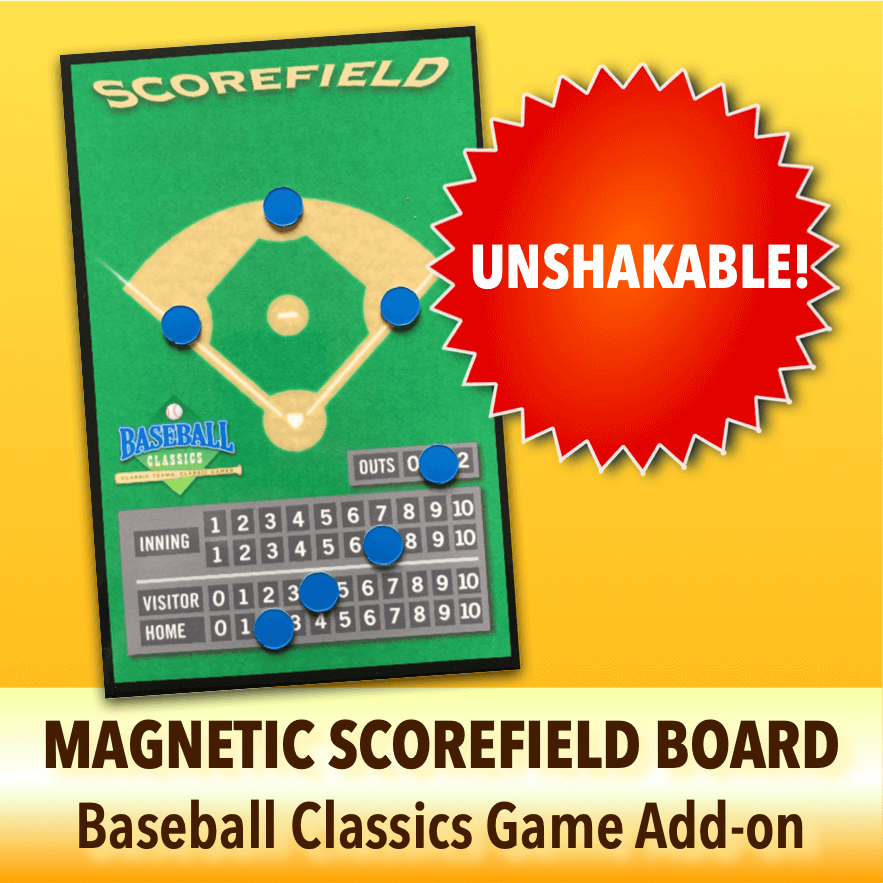 Magnetic Scorefield game board fits perfectly inside our Baseball Classics game box measuring at a conveniently sized 8 1/2" X 5 1/2". You'll like the smooth playing surface and vibrant colors. Shake it and all markers stay in place, so never worry about tracking your board game play! 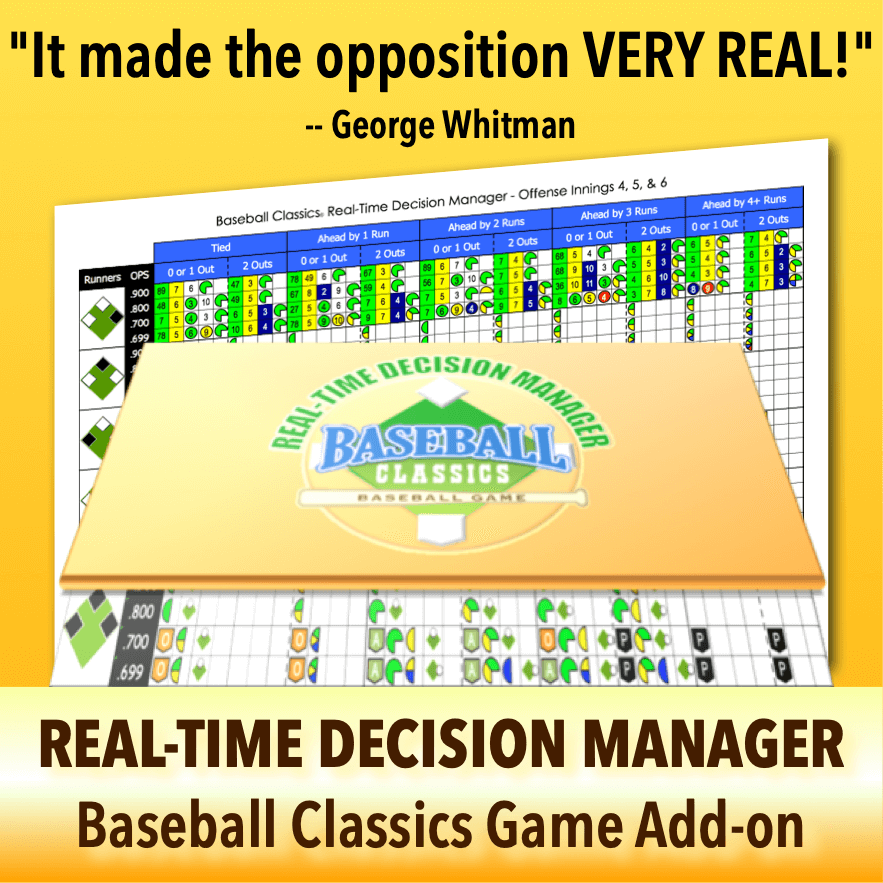 Perfect companion for your game play! Instead of making all the decisions for both teams during your solitaire game play, be challenged by Real-Time Decision Manager from first pitch to the final out! Everything is managed and decided in real-time before, during, and after every at bat. 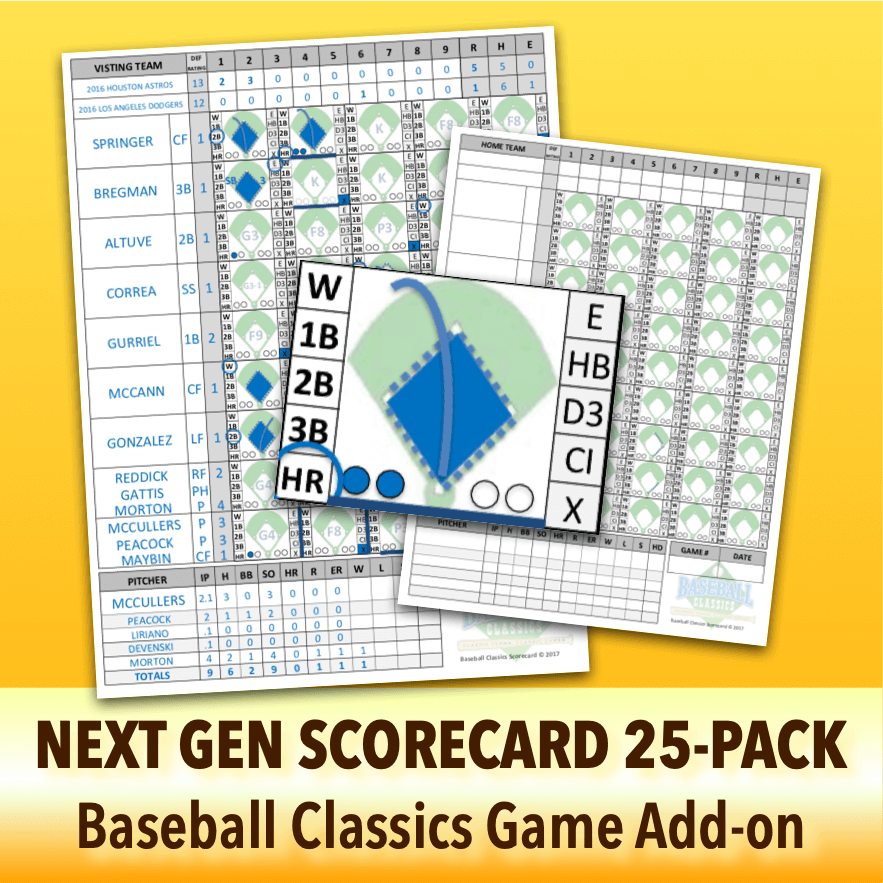 Baseball Classics Scorecard is a next gen fast, easy, & statistically accurate way to track everything that happens inning-by-inning to the last exciting out! Simply score your game the same way as reading a newspaper-style snake column, left-to-right format.